This You Need to Know Before Travelling to Rio De Janeiro

Entry Requirements: U.S. citizens need a valid passport and visa to enter Brazil.
The standard visa allows visitors to stay 90 days, extendable for another 90 within the country.

Security
Street crime is a persistent problem in tourist areas, especially after dark.
Leave your valuables in the hotel safe. All you need for the beach is a towel and some change for a cold drink.

Immunisations
Standard immunisations for Brazil are yellow fever (required for entry) and tetanus/diphtheria, typhoid, and hepatitis.

If traveling to more rural areas of Brazil like Amazonas, Pantanal, and parts of Minas Gerais, visitors should also get polio, MMR, hepatitis B, and rabies immunisations, and take anti-malaria drugs. 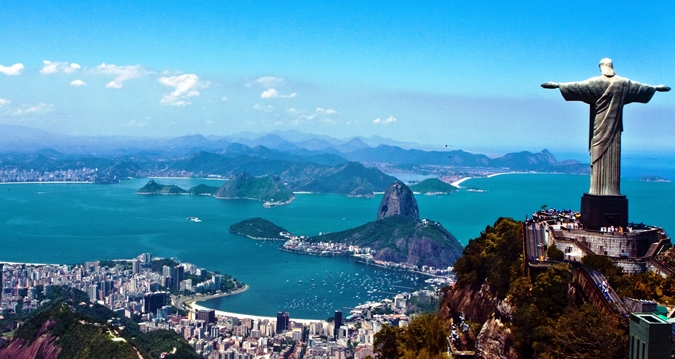 Money
The currency of Brazil is the real. For current conversion rates, go to a Currency Converter.

For long distance calls within Brazil, dial 021 two-digit area code number. For operator-assisted calls in English to anywhere in the world, dial toll-free 0800 703 2111.

Getting There
Galeão-Antonio Carlos Jobim International Airport is nine miles (20 kilometers) north of downtown. The Santos-Dumont domestic airport is downtown.

Getting Around
When taking a cab, don’t negotiate. The meter should read “1” from 6 a.m. to 9 p.m., Monday through Saturday. When the meter reads “2,” rates are 20 percent higher. The subway is modern and safe; navigating buses takes savvy.

Checklist
Credit Cards and Cash: “Forget traveler’s checks. Nobody likes them here and your U.S. ATM cards are good at ATM machines at most major banks.

Bring $100 in cash for emergencies.”—Michael Royster, 2007 president of the American Society of Rio

Language
If possible, study Portuguese before you travel. While many people in Rio speak some English, most cabbies and waiters don’t.

Spanish will help you understand signs but not necessarily the people. Buy a pocket-sized Brazilian Portuguese/English phrasebook for your trip.

Clothing and Accessories
Leave expensive jewelry at home and limit flashy attire to a social outfit or two for dining and special occasions.

In Rio, havaianas flip-flops are a fraction of the cost in the U.S. Don’t wear a watch; the sidewalks are full of clocks, and besides, you’re on vacation.”—Michael Royster

Sunscreen
Your favorite brand of sunscreen may be hard to find in Rio. “Bring [SPF] 50-level protection.
The sun is very hot.